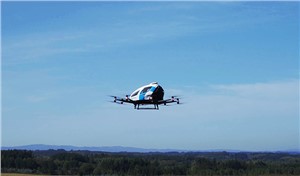 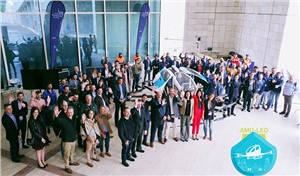 The EH216 flight demonstrations were recently conducted at the Rozas Airborne Research Center (“CIAR”) of Spain’s National Institute of Aerospace Technology in Lugo, Galicia, Spain. These demonstrations verified and validated the UAM Concepts of Operations (“ConOps”), to successfully accomplish objectives of the AMU-LED project.

For the demonstrations, the autonomous eVTOL EH216’s flight data were integrated into the project’s U-space platform. The demo flights were safely and efficiently operated under various simulated scenarios, which include the presence of other Unmanned Aerial Systems (“UAS”) in the surrounding airspace, and the successful implementation of conflict management procedures during flight and approach to the landing vertiport.

The AMU-LED project is part of the Horizon 2020 programme of the European Union framed in the SESAR (Single European Sky ATM Research) Joint Undertaking, with the ultimate goal of performing large-scale demonstrations of UAM services with air vehicles and the safe integration of different types of UAS operations in urban environments, to realize increasingly sustainable, smart cities. The project kicked off in January 2021 and is to be concluded with the successful flight demonstrations conducted by EHang with its EH216 AAV at CIAR in Spain in October 2022.
As one of the 16 AMU-LED consortium members, EHang partnered with world-renowned UAM stakeholders that include aerospace research institutes, universities, UAS, and eVTOL manufacturers and operators, as well as air navigation and U-space service providers. All share the common goal for developing a safe and sustainable UAM environment, interoperable within the U-space structure.

Victoria Jing Xiang, Chief Operating Officer of EHang Europe and Latin America, commented, “ EH216’s flight demonstrations are of paramount importance to the AMU-LED project, which enables the development of UAM and U-space in Europe. With the EH216 flight demonstrations, EHang is proud to continue contributing to innovative deployments of safe, sustainable and efficient aerial transportation for everyone with our cutting-edge AAV technologies.”