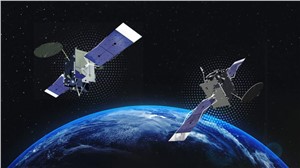 Galaxy 33 will be the replacement satellite at 133 degrees west once it is in service in November. The satellite will provide service continuity for distribution to cable headends throughout the United States. With full C-band capabilities in addition to steerable Ka-band and Ku-band beams, Galaxy 33 is part of a comprehensive plan to upgrade the entire Intelsat Galaxy fleet – already the most efficient media distribution system in North America.