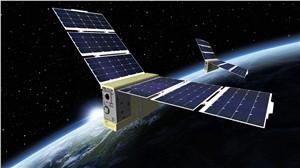 Dynetics, a wholly-owned subsidiary of Leidos, announced the successful launch and checkout of the Lonestar tactical space support vehicle for the U.S. Army Space and Missile Defense Command (USASMDC). Lonestar, a technology demonstrator designed to provide space-based situational awareness directly into the hands of the tactical warfighter, lifted off from Mojave Air and Space Port as a payload aboard Virgin Orbit's LauncherOne two-stage orbital air-launch vehicle in summer 2022.

Dynetics completed the on-orbit satellite and payload checkouts with the USASMDC payload development laboratory on the Redstone Arsenal in Huntsville, Alabama. The laboratory provides ground systems for command and telemetry to the satellite. The payload is operational and ready to support the situational awareness mission for the warfighter.

Dynetics developed, tested, integrated and delivered the tactical space support vehicle (TSSV) through the Design, Development, Demonstration and Integration (D3I), Domain 1 task order for $9 million including a one-year on-orbit demonstration. The company's expertise in space systems and high-performance signal processing applications enabled a rapid development. Using hardware-in-the-loop testing and simulation, the Lonestar team verified the payload mission software through a series of tests that ensured functional operation of the payload flight hardware. Work on this program took place at both Redstone Arsenal and the Dynetics campus in Huntsville.