This news is classified in: Aerospace Space Contracts 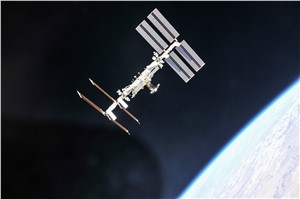 NASA and Axiom Space have signed a mission order for the second private astronaut mission to the International Space Station to take place in the second quarter of 2023.

“With each new step forward, we are working together with commercial space companies and growing the economy in low-Earth orbit,” said Phil McAlister, director of commercial space at NASA Headquarters. “In addition to expanding access to orbit for more people, we are also hoping these private astronaut missions will help the industry learn and develop the skillset to conduct such missions, and NASA is benefitting from gaining additional capability, particularly with returning additional cargo from the space station.”

The spaceflight, designated as Axiom Mission 2 (Ax-2), will launch from NASA’s Kennedy Space Center in Florida and travel to the space station. Once docked, the Axiom astronauts are scheduled to spend 10 days aboard the orbiting laboratory. NASA and Axiom mission planners will coordinate in-orbit activities for the private astronauts to conduct in coordination with space station crew members and flight controllers on the ground.

"Axiom Space’s Ax-2 mission builds upon the success of Ax-1, which demonstrated our team’s ability to work collaboratively with our partners at NASA and SpaceX to plan and execute a complex human spaceflight mission,” said Derek Hassmann, Axiom’s chief of Mission Integration and Operations. “Axiom continues to fund and fly private astronaut missions to the International Space Station to build our expertise and attract new customers in preparation for the launch of our space station, Axiom Station. Our new Ax-2 crew, together with a full mission manifest of science, outreach, and commercial activities, will continue to increase utilization of the International Space Station National Laboratory and demonstrate to the world the benefits of commercial space missions for all humanity.”

For the Ax-2 mission, Axiom Space will submit four proposed crew members and four back up crew to the station’s Multilateral Crew Operations Panel for review. NASA is currently requiring all private astronaut mission providers to select a previously flown NASA astronaut as the spacecraft commander, and Axiom will comply with that requirement for Ax-2. Following review and approval from NASA and its international partners, the prime crew members for the mission will be named.

The Ax-2 crew members will train for their flight with NASA, international partners, and SpaceX, which Axiom has contracted as launch provider for transportation to and from the space station and who will familiarize the private astronauts with systems, procedures, and emergency preparedness for the space station and the Dragon spacecraft. Based on current mission planning, team crew training is scheduled to begin this fall.

In December 2021, NASA announced the selection of Axiom Space for negotiations for the second private astronaut mission. To conduct the mission, Axiom is obtaining NASA services via both the mission specific order and Reimbursable Space Act Agreements.

Through the mission specific order, Axiom is obtaining from NASA services such as crew supplies, cargo delivery to space, storage, and other in-orbit resources for daily use. The order also accommodates up to an additional contingency week aboard the space station. This mission is subject to NASA’s updated pricing policy for private astronaut missions, which reflects the full value of services the agency is providing to Axiom that are above space station baseline capabilities.

The order also identifies capabilities NASA will obtain from Axiom, including the return of scientific samples that must be kept cold in transit back to Earth, the return of a Nitrogen/Oxygen Recharge System (NORS) tank, the capability for last-minute return of two cargo transfer bags, and up to 10 hours of the private astronaut mission commander’s time during the docked mission to complete NASA science or perform tasks for NASA.

For more than 21 years, NASA has supported a continuous U.S. human presence in low-Earth orbit. The agency's goal is a low-Earth orbit marketplace where NASA is one of many customers, and the private sector leads the way. This strategy will provide services the government needs at a lower cost, enabling the agency to focus on its Artemis missions to the Moon and on to Mars while continuing to use low-Earth orbit as a training and proving ground for those deep space missions.