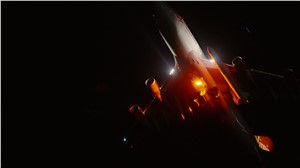 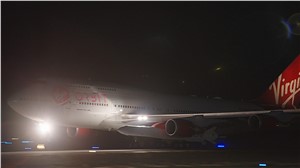 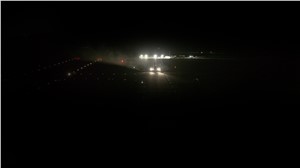 Virgin Orbit (Nasdaq: VORB) has confirmed the success of its fourth consecutive satellite launch mission. This launch, named Straight Up, carried seven satellites to Low Earth Orbit for the United States Space Force (USSF), who procured this launch for the Rocket Systems Launch Program, with payloads provided by the Department of Defense Space Test Program (STP). In support of its mission partners, Virgin Orbit has now delivered a total of thirty-three satellites to orbit with 100% mission success.

Virgin Orbit’s fully mobile LauncherOne system conducted its first ever evening flight from a bare concrete pad and a runway at the Mojave Air and Space Port in California. The launch began at 10:50 p.m. local time, Friday, July 1, and concluded with the successful deployment of all seven payloads at approximately 12:55 a.m. Pacific on the morning of July 2, completing the company’s first nighttime demonstration of the company’s responsive space launch capabilities.

The launch reached an orbit approximately 500km above the Earth’s surface at 45 degrees inclination. This was Virgin Orbit’s second time reaching that inclination – an orbit that no other system has ever reached from the West Coast.
Photo Credit: Virgin Orbit / Dae Dae

The seven satellites deployed by the result of the Straight Up launch are from multiple government agencies and will facilitate experiments intended to demonstrate innovative spacecraft technologies, new approaches for satellite applications, and Earth atmospheric science.

The contract to launch this mission, also dubbed STP-S28, was awarded to Virgin Orbit National Systems in April 2020 by the United States Space Force as a three-launch mission. STP-S28A is the first of those launches.

“The LauncherOne rocket and Virgin Orbit team have made me immensely proud with today’s Straight Up mission,” said Virgin Orbit founder Richard Branson. “There is so much potential benefit for everyone from space if we just manage it well together.  We are delighted for the opportunity to work with the US government to help make space a safe and fruitful environment for all.”

“We are honored to be supporting and delivering for the U.S. Space Force and the U.S. Department of Defense at such a critical juncture for national security space, our nation, and our world. An incredibly talented Virgin Orbit team and our LauncherOne system continue to demonstrate a track record of success for our spacecraft customers and that was confirmed again today,” said Virgin Orbit CEO Dan Hart.

“I’m proud to be part of this incredible team, both on our side and the government team, in driving this mission to success,” said Mark Baird, President of Virgin Orbit National System, the subsidiary that interfaces with the National Security customers. “It was incredible to see the Straight Up mission wheels up, and satellites successfully deployed to support the mission of our customers. We are intensely focused on ensuring we are a key mission partner as we continue to accelerate the operationalization of the LauncherOne system.”
Photo Credit: Virgin Orbit / Diego Rodriguez

The launch’s name, Straight Up, is inspired by American singer Paula Abdul’s breakthrough song from her debut studio album, Forever Your Girl. Released through Virgin Records on June 21,1988, it was the most successful debut album ever at the time of its release. The iconic dance-pop tune has remained Abdul’s biggest international hit to date.

Following the success of this launch, the Virgin Orbit team is preparing for its first international launch later this year in collaboration with the United Kingdom Space Agency, the Royal Air force, and Space Port Cornwall. This will be the first orbital launch ever from UK soil.