From Earth orbit to the Moon and Mars: ESA's exploration roa

From Earth orbit to the Moon and Mars: ESA's exploration roadmap for space autonomy and leadership 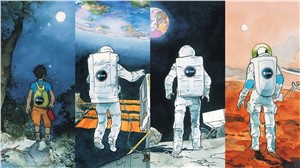 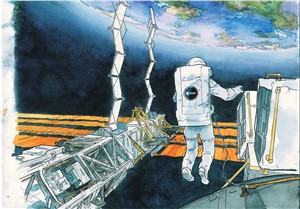 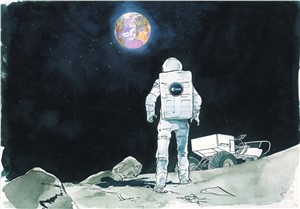 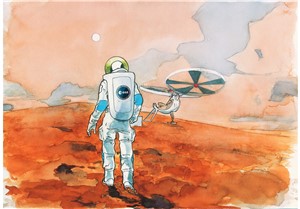 In a bold vision to secure Europe’s role in space exploration and so benefit from the many scientific, economic, and societal rewards, ESA is publicly releasing its new exploration roadmap after its presentation to its Council, the agency’s highest ruling body.

Called Terrae Novae 2030+ (Latin for new worlds), the document lays the groundwork for Europe to ensure its leading role in space exploration for future prosperity.

“This new long-term roadmap for exploration is now available to guide decision-makers who will ultimately make the choices on how far to take Europe on the journey of deep-space exploration,” says ESA’s director of Human and Robotic Exploration, David Parker.

“Terrae Novae is not only literally about exploring new worlds, but by describing the limitless opportunities for discovery, economic growth and inspiration it also expresses our ambitions for Europe’s future innovators, scientists and explorers.

“We hope that everyone can use this roadmap to make our three-part vision a reality: to continue a strong presence working in low-Earth orbit, to send the first European astronauts to explore the Moon throughout the 2030s, and to prepare Europe’s role in the first historic human voyage to Mars.”

While ESA astronaut Samantha Cristoforetti continues her Minerva mission on the International Space Station, the first European Service Module for Artemis awaits its launch and construction of the lunar Gateway gathers momentum, ESA is already looking forward to exciting new projects. These include the European Large Logistic Lander designed to support human exploration of the Moon; and the Earth Return Orbiter, the spacecraft that will return from Mars with invaluable scientific samples as part of the NASA/ESA Mars Sample Return campaign.

Against this background, the array of candidate new exploration campaigns draw on all of ESA’s world-class abilities – from space transportation (including future launchers) to operations, technology, communication, navigation, applications, and commercialisation. The underlying capability of being able to launch and deliver payloads to low-Earth orbit, the Moon and Mars is a unifying theme which will ensure constant scientific breakthroughs and technological developments, and so ensure Europe retains a place in the first rank of space explorers.

As ESA’s Director General Josef Aschbacher explains: “More than any other space activity, space exploration offers a unique blend of curiosity and opportunity – the curiosity to venture into the unknown in search of new horizons and new knowledge; and the opportunity to return to society the many benefits of making the journey.

“I now invite our political decision-makers to define Europe’s level of ambition so that ESA, together with all its stakeholders, can translate this strategy roadmap into reality.”

Tell a friend:
From Earth orbit to the Moon and Mars: ESA's exploration roadmap for space autonomy and leadership