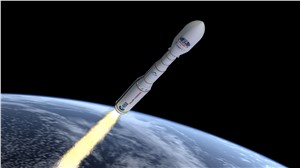 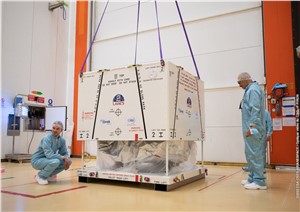 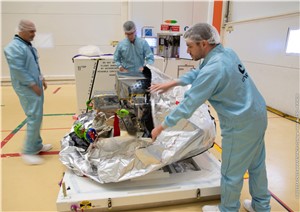 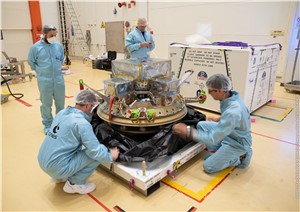 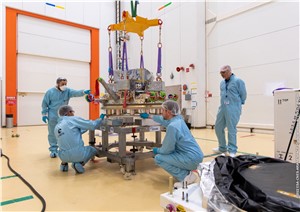 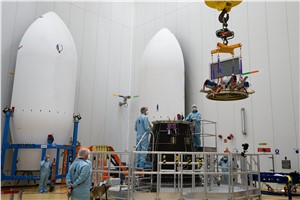 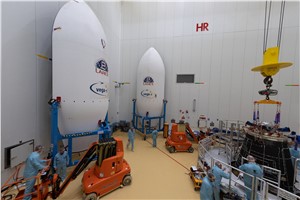 Vega-C represents a dramatic capability boost compared to its predecessor, Vega, which has flown since 2012. With new first and second stages and an uprated fourth stage, Vega-C increases performance from Vega’s 1.5 t to about 2.2 t in a reference 700 km polar orbit.

Vega-C features a new, more powerful first stage, P120C, based on Vega’s P80. Atop that is a new second stage, Zefiro-40, and then the same Zefiro-9 third stage as used on Vega.

The re-ignitable upper stage is also improved. AVUM+ has increased liquid propellant capacity, to deliver payloads to multiple orbits depending on mission requirements and to allow for longer operational time in space, to enable extended missions.

The P120C motor will do double service, with either two or four units acting as strap-on boosters for Ariane 6. Sharing this component streamlines industrial efficiency and improves cost-effectiveness of both launchers.

RELATIVITY PAYLOAD
The main payload on this inaugural flight is LARES-2, a scientific mission of the Italian Space Agency (ASI). Once in orbit, LARES-2’s precise path will be tracked by laser, from ground stations. The purpose of the mission is to measure the so-called frame-dragging effect, a distortion of space-time caused by the rotation of a massive body such as Earth as predicted by Einstein’s General Theory of Relativity. Its predecessor, the similar LARES, was the main payload on the 2012 inaugural flight of Vega.

Three other CubeSats – Trisat-R (Slovenia), MTCube-2 (France) and Celesta (France) will study the effects of a harsh radiation environment on electronic systems.

CHALLENGING MISSION
As with any inaugural launch, this is a challenging mission. “Vega-C features major enhancements from Vega, both in the rocket and its ground infrastructure,” says Renato Lafranconi, Vega programmes manager. “We’ve developed a new configuration with significant changes to many features of a proven concept, but the goal is to deliver major improvements in performance and competitiveness.”

ESA’s Director of Space Transportation, Daniel Neuenschwander stresses that Vega-C will work alongside the Ariane 6 heavy lifter to ensure Europe maintains flexible, competitive – and, critically, autonomous – launch capabilities: “With Vega-C and Ariane 6, Europe will have a flexible, independent solution for a fast-changing launch market.

“And, these two systems are the foundation of a development plan that will serve European institutions and commercial partners, opening a new chapter of European services.”