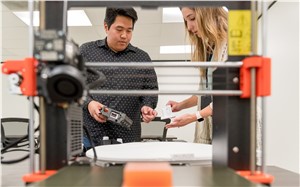 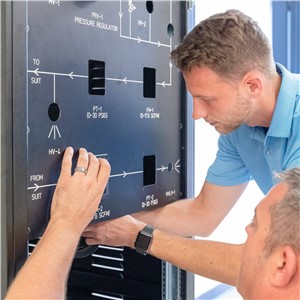 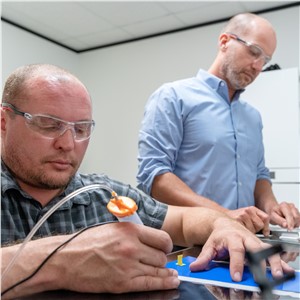 Axiom Space announced today that it has been awarded the NASA Extravehicular Activity Services (xEVAS) Contract. Axiom is one of two companies to win the award with a potential total value of $3.5 billion across the life of the program. Under the terms of the contract, the Houston-based company will build the space agency’s next generation astronaut spacesuits that may be used for low Earth Orbit (LEO) and the Artemis lunar missions. The new spacesuits by Axiom Space will provide astronauts with advanced capabilities for space exploration while providing NASA commercially developed human systems needed to access, live, and work in microgravity and on and around the Moon.

“Our innovative approach to xEVAS spacesuits provides NASA with an evolvable design that enables cost-efficient development, testing, training, deployment, and real-time operations to address a variety of EVA needs and operational scenarios for a range of customers, including NASA,” said Michael Suffredini, Axiom Space’s President & CEO. “We are immensely pleased that NASA recognizes the value Axiom Space is providing across a range of human spaceflight activities, from our recent private astronaut mission to the ISS to the design and development of Axiom Station, and now to providing this critical system and associated services for astronauts in LEO and beyond.”

The firm fixed price contract is structured as an Indefinite Delivery Indefinite Quantity (IDIQ) award over a 10-year ordering period and allows for two additional years for completion of services. Authorization to perform work under the xEVAS contract will be through the issuance of NASA task orders not to exceed $3.1B with a ceiling of $3.5B for all services.

Axiom’s xEVAS spacesuits will be designed to accommodate a wide range of crew members. Building off of NASA’s xEMU spacesuit design, the Axiom spacesuits are created to provide increased flexibility and specialized tools to accomplish exploration needs and expand scientific opportunities in space. The xEVAS spacesuits design includes life support, pressure garments, and avionics. The Axiom Space team will provide EVA systems training and real-time operations support to NASA, among other services.

NASA may order IDIQ services at any time after the contract starts with a period of performance beginning June 2022 and ending June 2032.  No phase-in period is anticipated, and the work will be managed at Axiom’s Houston facilities.

This NASA contract win is the latest of Axiom Space’s list of recent accomplishments in its efforts to grow the commercial space industry. Earlier this month Axiom Space celebrated the groundbreaking at the company’s new, long-term headquarters at Houston Spaceport, which will be home to the development and construction of Axiom Station, the world’s first commercial space station. Axiom Space also recently welcomed home the crew of Axiom Mission 1 (Ax-1) after successfully completing the first all-private astronaut mission to the ISS. The company has also signed agreements with several nations including Italy, Hungary, and the United Arab Emirates (UAE) to fly on future space missions.