ULA Set to Launch the CST-100 Starliner Spacecraft on Orbita 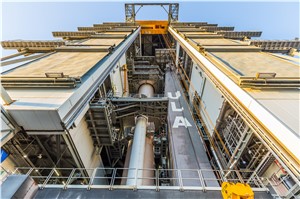 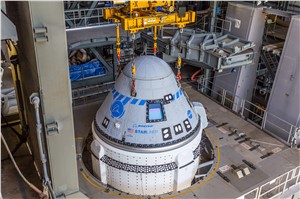 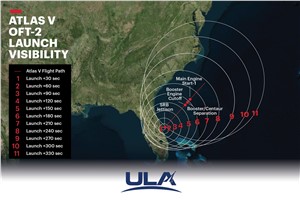 A United Launch Alliance (ULA) Atlas V rocket is in final preparations to launch Boeing’s CST-100 Starliner spacecraft on the Orbital Flight Test-2 (OFT-2) to the International Space Station (ISS) for NASA’s Commercial Crew Program. The launch is planned for Thurs. May 19 at 6:54 p.m. EDT from Space Launch Complex-41 at Cape Canaveral Space Force Station. The live launch broadcast begins no earlier than 6 p.m. EDT on May 19 at www.ulalaunch.com.

“The second orbital flight test will provide us with an opportunity to further analyze the unique technologies developed for our Atlas V launch vehicle in support of NASA’s human spaceflight program,” said Gary Wentz, ULA vice president of Government and Commercial Programs. “We have worked very closely with Boeing and our industry partners to ensure the Atlas V rocket is ready to launch Starliner to the International Space Station. The integrated team remains focused on crew safety and this mission brings us one step closer to flying astronauts.”

The Atlas V rocket will deliver Boeing’s Starliner spacecraft to a 98-nautical mile (nmi) sub-orbital trajectory. Following separation from the Atlas V, the Starliner engines will propel the spacecraft to its final orbit and on to the ISS.

Modified specifically for the Boeing Starliner spacecraft, the Atlas V configuration does not include a payload fairing. Instead, the Starliner’s own protective surfaces take the place of the fairing to protect the uncrewed spacecraft during launch and ascent.

The Starliner is attached to the Atlas V using a launch vehicle adapter (LVA), which includes an aeroskirt to reduce aerodynamic loads on the vehicle. The Atlas V booster for this mission is powered by the RD AMROSS RD-180 engine. The Atlas V Centaur is powered by dual Aerojet Rocketdyne RL10A-4-2 engines, each producing 22,600 lb of thrust. The Centaur upper stage includes an active Emergency Detection System (EDS) that monitors the health of the rocket throughout the flight. The EDS also provides critical in-flight data that supports jettison of the ascent cover and initiates Starliner spacecraft separation. Aerojet Rocketdyne provided the two AJ-60A solid rocket boosters.

This will be the 93rd launch of the Atlas V rocket and the 104thlaunch from Space Launch Complex-41. To date ULA has launched 149 times with 100 percent mission success.

Leveraging a legacy of 100 percent mission success launching over 145 missions to explore, protect and enhance our world, ULA is the nation’s most experienced and reliable launch service provider with world-leading reliability, schedule confidence, and mission optimization. The technologies we launch protect our country and troops in the battlefield, enable search and rescue, aid meteorologists in tracking severe weather, deliver cutting-edge commercial services, and expand our understanding of the Earth. We deliver value unmatched by any launch services company in the industry, a tireless drive to improve, and commitment to the extraordinary.