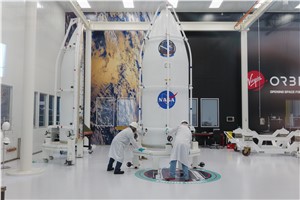 “This contract award is a great step forward for commercial space,” said Dan Hart, CEO of Virgin Orbit. “The VADR contract vehicle now provides a platform for NASA to more easily contract for flights on our LauncherOne service. That means it will be easier than ever for us to work with NASA to provide targeted and economic access to space, maximizing the science gains from their small satellite missions and enabling ever greater technological innovation.”

Virgin Orbit has already launched thirteen satellites to space for NASA through programs like the Venture Class Launch Services program and the CubeSat Launch Initiative.   In a similar spirit the VADR acquisition will build on that foundation. The contract has a five-year ordering period with a maximum total value of $300 million and will be managed by the Launch Services Program at the agency’s Kennedy Space Center in Florida.

NASA’s selection of Virgin Orbit as a VADR launch provider comes fresh off the company’s third successful launch in under twelve months, wherein it brought its unblemished count of successfully deployed satellites to 26. Having already proven out the LauncherOne system, reached new orbital inclinations never before possible from the West Coast, and even launched through inclement weather, Virgin Orbit is now scaling up its flight rate to accommodate the high demand seen from commercial customers, the national security community, the international community and, through programs like VADR, the US civil space community.