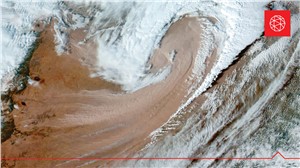 The fourth Advanced Baseline Imager (ABI) will be integrated into the GOES-U satellite, slated to launch in 2024, and will be operated by NOAA.

The ABI is the world’s most advanced imager, capable of capturing continuous images of Earth and scanning the Western Hemisphere every five minutes. For rapidly changing events like hurricanes, fires or thunderstorms, ABI can take images as often as every 30 seconds.

L3Harris is developing concepts for the next generation of geostationary weather imagers and sounders, as part of NOAA’s Geostationary Extended Observations (GeoXO) Program. Scheduled to launch in the 2030s, GeoXO will significantly improve the accuracy and timeliness of U.S. weather forecasting.

“The L3Harris imagers onboard the GOES series of satellites provide revolutionary technology by not only advancing weather observation and environmental monitoring services, but also providing more advanced notice of fires, hurricanes, tornadoes and floods,” said Ed Zoiss, President, Space and Airborne Systems, L3Harris. “We look forward to developing even more advanced weather satellite technology with the next generation of weather satellites.”

The third ABI is onboard NOAA’s GOES-T satellite, scheduled to launch March 1, 2022 from Cape Canaveral. The first two satellites in the GOES-R series are in geostationary orbit 22,300 miles above Earth providing coverage over the Western Hemisphere. All four GOES satellites will be under command and control of the L3Harris-built enterprise ground system.