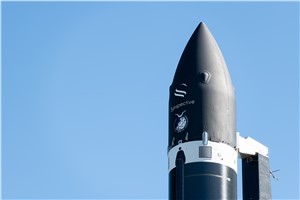 The first two missions are scheduled for lift-off from Rocket Lab Launch Complex 1 in 2022, with a third to follow in 2023. Each mission will deploy a single StriX satellite, growing Synspective’s synthetic aperture radar (SAR) constellation developed to deliver imagery that can detect millimetre-level changes to the Earth’s surface from space, independent of weather conditions on Earth and at any time of the day or night.

These new missions follow on from Rocket Lab’s first launch for Synspective in December 2020. The mission, named ‘The Owl’s Night Begins’, saw Rocket Lab’s Electron launch vehicle deploy the StriX-α satellite – the first spacecraft in Synspective’s planned constellation of more than 30 SAR satellites designed to collate data of metropolitan centers on a daily basis to support urban development planning, construction and infrastructure monitoring, and disaster response. During ‘The Owl’s Night Begins’ mission Rocket Lab performed an advanced mid-mission maneuver with its Kick Stage to shield the StriX satellite from the sun to reduce radiation exposure ahead of payload deployment. The Kick Stage will once again perform the maneuver for the new upcoming missions. Flying as a dedicated mission means the StriX satellites will be the only payload on board Electron, giving Synspective control over launch schedule and enabling specific LTANs[1] not achievable when flying as one of many satellites on large rideshare missions.

Synspective founder and CEO, Dr. Motoyuki Arai, says: "It is a great honor to collaborate with Rocket Lab, which is evolving from a rocket venture pioneer to an experienced launch service provider with the successful Strix-α deployment to orbit. We are very grateful for their flexibility in accepting our requests on the satellite’s orbit and launch period. Synspective has already begun operating its first satellite and providing solution services, and is now entering a phase of business expansion. StriX-β, the second satellite following StriX-α, will demonstrate Interferometric SAR (InSAR) technology in orbit and deepen satellite-operation know-how, which are strengths in our business expansion. We will accomplish this mission and steadily achieve results to enhance global efficiency and resilience.”