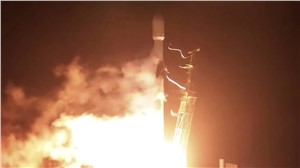 NASA’s first planetary defense mission—the Double Asteroid Redirection Test (DART)—launched from Vandenberg Space Force Base, California, on Nov. 23, equipped with a full suite of Aerojet Rocketdyne propulsion. The mission is designed to assess if kinetic impact is a reliable method to deflect asteroids. The DART spacecraft will be flown head-on into an asteroid to change its orbit.

DART’s target is a small secondary body (or “moonlet”) orbiting near-Earth asteroid Didymos that is located approximately 6.8 million miles from Earth. If the impact is successful, the spacecraft is expected to change the orbital period of the moonlet around Didymos by several minutes, demonstrating the mission’s objective and potentially helping to protect Earth from future potential asteroid threats.

The roughly 10-month cruise to Didymos will include several course corrections using Aerojet Rocketdyne’s chemical and electric propulsion systems to precisely align the spacecraft with the asteroid. The chemical propulsion system, comprised of 12 MR-103G hydrazine thrusters, is the primary source of propulsion on the spacecraft. Each thruster provides 0.2 pounds of thrust (lbf) to enable trajectory correction maneuvers throughout the cruise phase of the mission.

The spacecraft also features NASA’s Evolutionary Xenon Thruster-Commercial (NEXT-C) technology, which will execute propulsive impulses at various stages during the cruise. NEXT-C operates at up to 7kW of power and greater than 4100s specific impulse (Isp). This mission will affirm the capability of Aerojet Rocketdyne’s ion electric propulsion system for future missions, including deep space sample return missions or communication satellites operating in geosynchronous orbit.