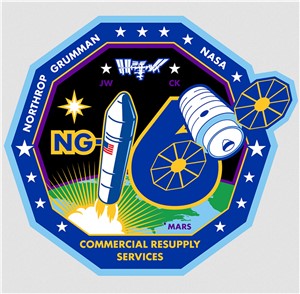 Northrop Grumman Corporation’s (NYSE: NOC) Cygnus spacecraft left the International Space Station today to begin the next phase of the NG-16 mission. Cygnus was released by the station’s robotic arm at 11:01 a.m. ET, carrying more than 7,500 pounds of disposable cargo. Cygnus will remain in orbit for approximately four weeks to carry out the secondary phase of the mission.

After departure, Cygnus will perform secondary mission objectives including the Kentucky Re-Entry Probe Experiment (KREPE). This payload will ride with Cygnus during reentry and will be used to demonstrate a thermal protective system for spacecraft and their contents during re-entry in Earth’s atmosphere, which can be difficult to replicate in ground simulations.

“The Cygnus system has evolved from being just a cargo delivery service to a high performing science platform,” said Steve Krein, vice president, civil and commercial space, tactical space systems, Northrop Grumman. “We continue to develop these capabilities to include the installation of environmental control systems and other upgrades to support the lunar orbiting Habitation and Logistics Outpost , or HALO.”

The NG-16 Cygnus spacecraft was launched on Aug. 10 aboard Northrop Grumman’s Antares rocket, carrying more than 8,100 pounds of scientific research, supplies and equipment to the astronauts living on the station. The vehicle has been berthed with the orbiting laboratory since Aug. 12.