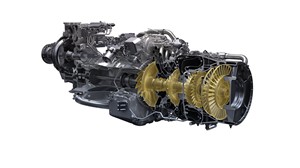 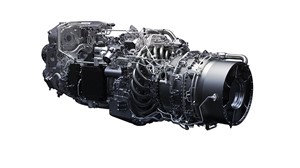 Pratt & Whitney Canada, a business unit of Pratt & Whitney, announced today its new regional turboprop PW127XT engine series, designed with the latest materials and technologies to deliver the next level of efficiency, time-on-wing and service. The company celebrated the launch with ATR, with the PW127XT-M engine that is purpose-built to offer word-class reliability and increased value for ATR 42/72 aircraft.

“Since its inception, ATR has exclusively turned to Pratt & Whitney to power its fleet of regional aircraft,” said Maria Della Posta, president of Pratt & Whitney Canada. “We are pleased to launch this exciting new PW127XT-M engine with ATR. Optimized for the ATR 42/72 aircraft family, it will deliver a significant improvement in operating costs, extending the already impressive operating economics and sustainability of this regional turboprop.

“Launched as ATR is celebrating its 40th anniversary, the PW127XT engine series builds upon the success of the PW127M engine. We have injected into this new PW127XT-M engine the knowledge gained from Pratt & Whitney’s history of transformation and continuous innovation and more than 2.5 billion hours of operational expertise to provide a step change in performance and customer service that helps regional airline customers achieve their business goals,” said Della Posta.

“Reducing cash operating costs and improving sustainability are the two leading priorities of our regional airline customers,” said Stefano Bortoli, Chief Executive Officer of ATR. “We have enjoyed an exceptional level of collaboration with Pratt & Whitney Canada in the development of the PW127XT-M engine and we’re delighted to offer a dynamic airframe and powerplant solution to customers around the world.”

Enhanced Service Experience
“We have been serving the regional airline industry for more than 40 years,” said Della Posta. “With this knowledge, we have developed a customized engine maintenance program for the PW127XT engine series, tailored for every environment, mission and experience level for ultimate peace of mind.” Through Pratt & Whitney Canada’s personalized Fleet Management Program (FMP) for the PW127XT engine series, customers can maximize the engine’s value by unlocking its full time-on-wing capability. As the engine manufacturer, Pratt & Whitney Canada can provide the optimum level of value and support.

“The PW127XT engine series will benefit from new solutions within our industry-leading FMP for fleets of every size as well as innovative solutions for lessors, offering optimized solutions for absolutely every type of customer,” said Della Posta. PW127XT engine series customers will also benefit from Pratt & Whitney Canada’s world-class customer support network, dedicated to keeping aircraft flying, anywhere in the world and at any time.

Sustainability
Regional turboprops consume 40% less fuel and emit 40% less CO2 emissions than regional jets on flights up to 400 nautical miles. The PW127XT-M engine builds on the economic and sustainable propulsion advantage of existing PW127M powered aircraft, with a 3% improvement in fuel efficiency. Like all Pratt & Whitney Canada engines, the PW127XT-M engines are certified for up to a 50% sustainable aviation fuel blend.

*Based on typical mission lengths and 2,000 annual flying hours.