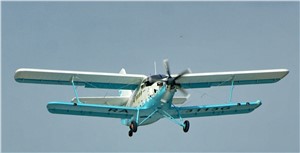 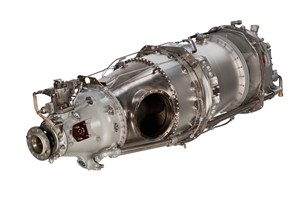 Pratt & Whitney Canada (P&WC), a business unit of Pratt & Whitney, and NIMBUS Aerospace today announced that the PT6A-67T engine has been selected to power the next generation of Antonov-2 single-engine civil-certified aircraft for commercial use, the Legenda 550 and 570, designed by NIMBUS, a fast-growing aviation company.

“We are pleased that NIMBUS Aerospace has recognized the capabilities of the PT6A-67T engine for its first civil-certified single-engine application,” said Anthony Rossi, vice president, Business Development and Commercial Services, Pratt & Whitney Canada. “We work closely with our customers to meet their aircraft and engine needs, and the iconic PT6 turboprop engine family has shown itself to be exceptionally versatile in powering a broad variety of regional aviation requirements.”

With more than 50,000 engines produced and 25,000 flying today, the PT6 turboprop engine is the proven choice for demanding, high-cycle/high-power applications in single- and twin-engine aircraft. Today, it powers 130 different applications.

NIMBUS is an aeronautical company that designs and manufactures innovative Antonov-2 retrofits and next-generation composite civil aircraft. This program will seek to deliver more than 100 aircraft that will operate in Russia, with plans for international deliveries in the Middle East and Southeast Asia, among others.

“Pratt & Whitney Canada’s PT6A engine is the gold standard in its class, and we believe it will deliver exceptional value and reliability to regional operators who fly our new aircraft,” said Oleg Parfentyev, Director General of NIMBUS International. "Our mission is to deliver a dynamic and flexible aircraft with excellent operating economics, powered by an engine that has a proven track record of safety and performance. The PT6A engine is the only turboprop of its kind certified for Single Engine Instrument Flight Rules (SEIFR) for commercial passenger missions in North America, Europe, and Australia. Thanks to a reliable collaboration with P&WC, as well as academic and financial support of organizations headed by Vladimir Barsuk and Vladislav Levchugov, we are confident in achieving our goals.”

This next generation Antonov-2 is set to launch in 2022 as a commercial 12-passenger civil/commercial 5.7T regional aircraft. The new aircraft will operate on Russia’s northern regional routes where extreme cold is commonplace and in remote locations such as Yakutia. The PT6A engine operates reliably in temperature extremes and can land and take off from undeveloped runways.