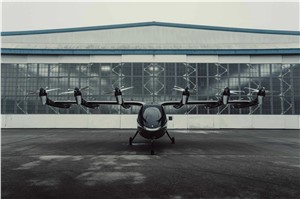 Archer Aviation Inc. (“Archer”) (NYSE: ACHR), a leading developer of eVTOL aircraft, announced that the FAA has issued a CoA and the Aircraft Limitations covering Maker, its flagship demonstrator aircraft. The CoA and the Aircraft Limitations are key components of the Special Airworthiness Certificate, which will be the FAA basis that permits the Maker aircraft to commence test flights.

Archer has now relocated its Maker aircraft to its California flight test facility. Here, the aircraft is undergoing final preparations for its first hover flight later this year, as well as a thorough program of ongoing systems testing. Previously, the full-scale eVTOL aircraft was housed exclusively at the development lab within Archer’s Palo Alto headquarters where it was designed and built.

Archer’s flight test team is led by Matt Deal. Deal, who previously managed eVTOL flight test operations for the Airbus Vahana program, helms a group of engineers focused exclusively on integrating Maker’s mechanical and software elements to deliver a successful first hover flight and oversees the day-to-day operations including setting the test flight timeline and leading test flights. While the lead up to Archer’s critical first flight is paramount, the integration and test process also allows for essential two-way feedback to the engineering teams to refine functionality and software for both Maker and Archer’s production aircraft, which is currently in its preliminary design stage.

“The relocation of Maker to our dedicated flight test facility marks the next chapter in our journey towards the future of flight,” said Brett Adcock, Archer co-founder and co-CEO. “This transition will allow our team to shift gears from our ‘ground phase’ to the ‘flight phase’ of our Maker roadmap.”

“For the last few weeks, our team has been hard at work preparing Maker for transport to the test facility and, ultimately, for its first hover flight,” shared Adam Goldstein, Archer co-founder and co-CEO. “It’s been an exciting year for Archer, we recently went public listing on the NYSE, we unveiled Maker for the first time, and now this milestone move puts us one step closer to our next goal: Maker taking flight.”