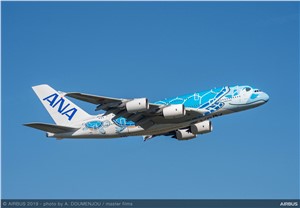 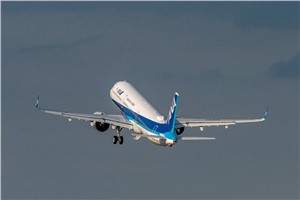 All Nippon Airways (ANA) is set to introduce Mixed Fleet Flying (MFF) for the A380 and A320 Family following approval by Japan’s Civil Aviation Bureau (JCAB). The Japanese carrier is the first operator in the world to introduce the MFF between the two types.

MFF is unique to Airbus aircraft. As a result of flight deck and aircraft control systems it enables pilots to be certified to operate more than one type from the Airbus fly-by-wire product line on a regular and concurrent basis. At ANA this will enable crews to fly a mixed pattern of short and long haul services.

Airbus commonality extends from the flight deck into the passenger cabin as well, with a maximum use of similar systems, control panels and procedures within the various aircraft families.  The unique level of technical commonality between Airbus fly-by-wire aircraft also streamlines maintenance procedures, resulting in significantly reduced costs.

“We are pleased that A320 and A380 MFF operations were approved by JCAB and that  ANA has become  the world’s first airline to introduce it ,” said Stéphane Ginoux, Head of North Asia region for Airbus and President of Airbus Japan. “MFF offers airlines increased flexibility and cost-efficiency and has become one of the keys to Airbus’ success. For airlines, the increase in revenue hours flown by pilots due to less standby and downtime results in a significant improvement in productivity.”

Tell a friend:
Mixed Fleet Flying for A380 and A320 Approved by Japan's Civil Aviation Bureau