Europe Delivers Module for 1st Astronaut Mission to the Moon 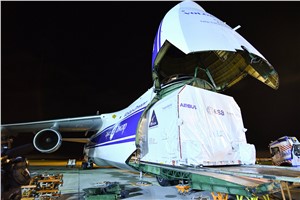 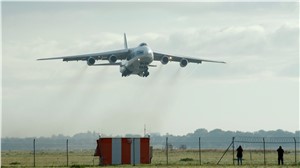 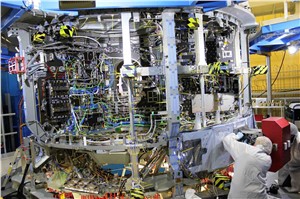 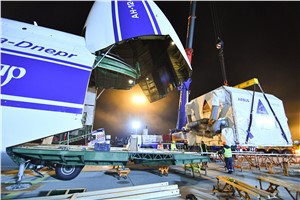 The second European Service Module for NASA’s Orion spacecraft is on its way to USA. It is the last stopover on Earth before this made-in-Europe powerhouse takes the first astronauts around the Moon on the Artemis II mission.

An Antonov aircraft sent the module across the Atlantic in a custom-built container this morning from Bremen, Germany. Upon arrival at the Kennedy Space Center in Florida, the second European Service Module (ESM-2) will be connected to the crew module. Together they form the Orion spacecraft.

The service module is a critical element for Orion – it provides propulsion, power and thermal control and will supply astronauts with water and oxygen.

With parts made in ten countries in Europe, there is one element that returns to American soil after testing in Germany: the service module’s main engine is a refurbished engine from Space Shuttle Atlantis that will steer the spacecraft on its way to the Moon.

Extensive testing awaits before integration with the launcher. Artemis II will be the first crewed mission to the Moon since the Apollo 17 mission in 1972.

We are going
“This is another big step forward to the Moon for ESA. Our astronauts will fly to the lunar Gateway aboard Orion. Meanwhile, we are working to have ESA astronauts on the Moon by the end of this decade, and keep our sights on Mars as the horizon goal of huma exploration,” says David Parker, ESA’s director of human and robotic exploration.

European industry is committed to deliver one service module per year. “The cooperation between ESA and NASA is going a step beyond – we are a truly reliable partner,” says Philippe Deloo, ESA’s ESM project manager.

ESA is delivering up to six modules to NASA, with three more currently under negotiation for the lunar Gateway. Airbus is ESA’s prime contractor for building the first six service modules.

Full Moon schedule
The Kennedy Space Center is humming with lunar activity this week. For the first time, three Orion spacecraft will be there at various stages of assembly and integration.

The first Orion spacecraft will be integrated on top of the Space Launch System rocket in its final preparations for the uncrewed Artemis I mission. The European Service Module will take the spacecraft more than 64 000 km beyond the Moon in a test flight to demonstrate its capabilities.

“Agencies, industry and teams from different continents are working around the clock in a tremendous international effort to take this complex spacecraft to the launch pad,” said Cathy Koerner, NASA Orion programme manager, during a press event held by Airbus last week.

Two arrivals mark the lunar week on site: ESM-2 and the main pressure vessel for Artemis III, which will see the first woman and next man setting foot on the Moon.

In Europe, the third European Service Module is at the start of its integration phase where equipment dummies, brackets and harness will be added to the structure.

Tell a friend:
Europe Delivers Module for 1st Astronaut Mission to the Moon