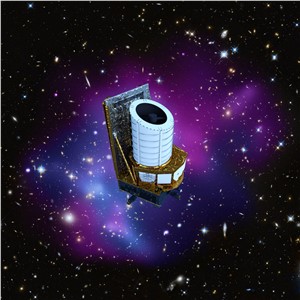 Euclid has reached a new milestone in its development with successful testing of the telescope and instruments showing that it can operate and achieve the required performance in the extreme environment of space.

At Centre Spatial de Liège (CSL) in Belgium, the payload module (containing the telescope and scientific instruments) was packed in a thermal tent, after which it was loaded in a large vacuum tank where it underwent intensive testing.

Euclid experienced simulated space conditions in vacuum with the payload module cooled to -150oC, the same temperature it will operate in once in space.

After 60 days of intensive testing, 24 hours per day, 7 days per week, the vacuum chamber was opened and Euclid was taken out of the thermal tent.