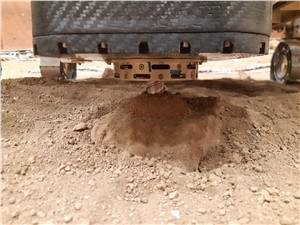 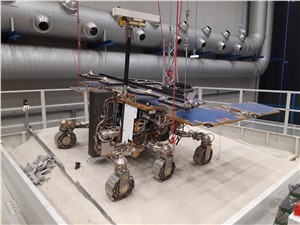 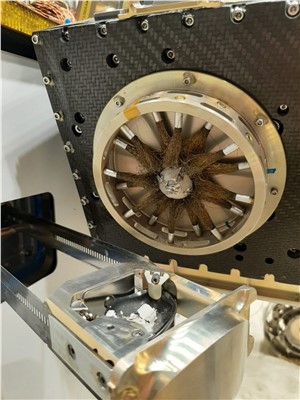 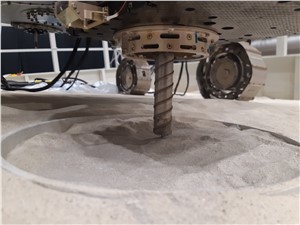 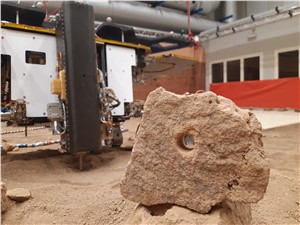 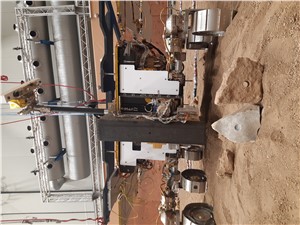 ESA’s Rosalind Franklin twin rover on Earth has drilled down and extracted samples 1.7 metres into the ground – much deeper than any other martian rover has ever attempted.

The successful collection of soil from a hard stone and its delivery to the laboratory inside the rover marks a promising milestone for the ExoMars 2022 mission.

“The long-awaited success of the ExoMars drill on Earth would be a first in Mars exploration,” says David Parker, ESA’s director of human and robotic exploration. The deepest any drill has dug on the Red Planet to date is 7 cm.

The Rosalind Franklin rover is designed to drill deep enough, up to two metres, to get access to well-preserved organic material from four billion years ago, when conditions on the surface of Mars were more like those on infant Earth.

The replica, also known as the Ground Test Model, is fully representative of the rover set to land on Mars. The first samples have been collected as part of a series of tests at the Mars Terrain Simulator at the ALTEC premises in Turin, Italy. The drill was developed by Leonardo, while Thales Alenia Space is the prime contractor for ExoMars 2022.

Drill operations
Rosalind Franklin’s twin has been drilling into a well filled with a variety of rocks and soil layers. The first sample was taken from a block of cemented clay of medium hardness.

Drilling took place on a dedicated platform tilted at seven degrees to simulate the collection of a sample in a non-vertical position. The drill acquired the sample in the shape of a pellet of about 1 cm in diameter and 2 cm long.

Rosalind Franklin’s drill retains the sample with a shutter that prevents it from dropping out during retrieval. Once captured, the drill brings the sample to the surface and delivers it to the laboratory inside the rover.

With the drill completely retracted, the rock is dropped into a drawer at the front of the rover, which then withdraws and deposits the sample into a crushing station. The resulting powder is distributed to ovens and containers designed to perform the scientific analysis on Mars.

“The reliable acquisition of deep samples is key for ExoMars’ main science objective: to investigate the chemical composition —and possible signs of life— of soil that has not been subjected to damaging ionising radiation,” says ExoMars project scientist Jorge Vago.

A unique drill for Mars
The ExoMars drill is an assembly of mechanisms that rely on an automated choreography of tools and mounting rods. “The design and construction of the drill has been so complex that this first deep drilling is an extraordinary achievement for the team,” says Pietro Baglioni, ExoMars rover team leader.

Rosalind Franklin’s drill works on rotation. A series of tools and extension rods are fitted to form a ‘drill string’ and can reach the full 2m length when all are connected.

The drill can penetrate the ground at 60 rotations per minute, depending on the consistency of the soil. Digging into sandy or clay solid materials could take between 0.3 and 30 mm per minute.

The drill has also a two-degree of freedom positioner that allows it to discharge the sample at the right angle into the rover laboratory.

No easy feat
“Drilling hard stones to a depth of two metres on a mobile wheeled platform with less than 100 watts of power is a complex task,” explains Andrea Merlo, ExoMars Rover functional engineer from Thales Alenia Space.

Doing it on Earth is even more difficult because the Ground Test Model must be offloaded to recreate the weaker martian gravity level – Mars gravity is about one-third of Earth’s. The model hangs from the ceiling on a dedicated gravity compensation device.

Since the twin rover consists of models that are beyond their nominal lifetime, the team had to tune some parameters during the deep drilling test. “This already gives engineers a hint on how the system could degrade on Mars,” adds Andrea.

Tests to roving on Mars
The Ground Test Model has successfully completed a number of tests to move to and to identify targets while acquiring images and data. These dry runs to rehearse the rover operations on Mars started in June 2021.

The rover has demonstrated that it can follow precise trajectories and survey the environment on and below the surface with its instruments, including cameras, spectrometers and a sub-surface sounding radar and neutron detector.

In parallel, the real Rosalind Franklin rover is being prepared for its flight to Mars in nearly a year’s time – the launch window for ExoMars opens on 20 September 2022.