Cassini's Wake: How Might a Spacecraft Disturb its Own Measurements? 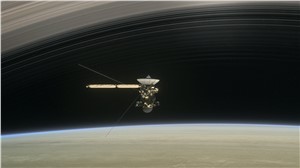 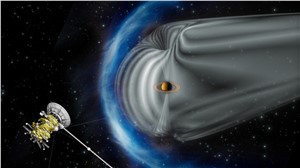 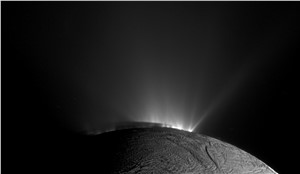 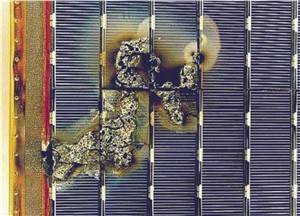 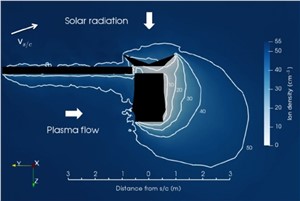 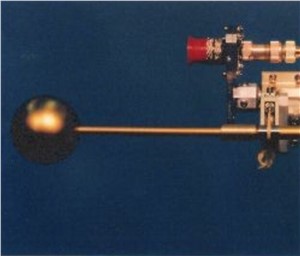 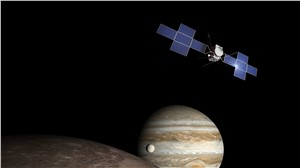 Simply by moving through the heavens, spacecraft change the space about them. Such interactions are invisible to the naked eye, but can endanger mission performance and safety. A new ESA Resarch Fellow study simulated the Cassini spacecraft in the vicinity of Saturn, checking the findings against actual space measurements. It reveals Cassini cast an ‘ion wake’ up to 6 m behind it, a void of plasma particles like a trail of a boat.

Space might be a vacuum but it is far from empty, awash with charged particles and electromagnetic fields. This study, published in the Journal of Geophysical Research: Space Physics, employed ESA-funded software called the Spacecraft Plasma Interaction System (SPIS), used to model the interaction between spacecraft and these surrounding environments.

“This study marks the first time that these simulations have been compared to and confirmed with actual spacecraft measurements from a planet beyond Earth,” explains ESA Research Fellow Mika Holmberg, who spent three years at ESA’s Space Environments and Effects section at the ESTEC technical centre in the Netherlands.

The study focused on the NASA-ESA-ASI Cassini-Huygens spacecraft, which left Earth in 1997 for a nearly two-decade odyssey to explore Saturn and its major moons. The gas giant’s magnetic field is the second largest of any planet’s – populated by charged particles originating from both Saturn itself and its 82 moons.

Mika comments: “Cassini’s suite of instruments included a Langmuir probe, an electrode extending out from the spacecraft body. Think of it as a ‘space weather station’, to measure the density, temperature and velocity of the charged particles surrounding the spacecraft. This instrument provided the solid data to confirm the accuracy of our SPIS simulation.”

These kind of simulations are useful in principle for any spacecraft or instrumentation placed in space, but especially for scientific missions focused on studying the space environments of the planets, including Earth.

Mika adds: “They are important for accurate analyses of particle and field measurements from planetary missions, including the direct characterisation of space environments such as magnetospheres, the solar wind, the ionospheres of planets and moons – even possible plumes arising from them. Cassini gave us an exciting example of the latter when it passed through a plume originating from the icy moon Enceladus, revealing evidence of liquid water beneath its frozen surface.

“But, crucially, results from in-situ instruments may also be interpreted wrongly if local interactions are not properly accounted for, such as the wakes formed by the spacecraft.”

SPIS is also commonly employed to model the occurence of surface charging across various spacecraft surfaces, which can give rise to ‘electrostatic discharge’ – essentially a kind of space lightning that risks severe damage to subsystems or may even threaten mission loss. This charging of the spacecraft is driven in turn by the particles and radiation surrounding it.

Even sustained sunlight liberates electrons from spacecraft surfaces, a factor which needs accounting for within the modelling.

Mika notes: “These insights are important for future planetary missions as well, such as NASA’s Europa Clipper and ESA’s Jupiter mission Juice. We ran a large number of simulations for Juice which actually resulted in the changing of some surface materials, since the simulations showed the mission might be in danger with the original selection.”

SPIS is an open source software initiated back in 2001 by ESA with the support of French space agency CNES in collaboration with the French aerospace laboratory ONERA and the Artenum company.

“Having a chance to work at ESA with the experts who were actually involved in developing the software was a golden opportunity,” adds Mika.

ESA space environment and effects specialist Fabricie Cipriani oversaw Mika’s work at ESTEC: “The complexity and sensitivity of scientific instruments for planetary explorations continue to grow. So simulation tools of this kind are essential both to identify potential issues during early development phases, and to ensure the accurate interpretation of results once an instrument is flying – if, as in Cassini’s case, the spacecraft’s interaction with its environment is significant.

“And in addition to her work on Cassini, Mika also performed challenging modelling work to quantify surface charging levels of the Juice spacecraft during its exploration of  Jupiter’s Galilean moons. We now have a full model that will be very useful for later assessment, then - once at Jupiter - actual mission data exploitation.”

Tell a friend:
Cassini's Wake: How Might a Spacecraft Disturb its Own Measurements?