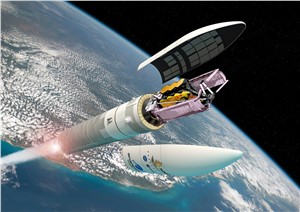 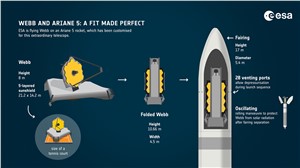 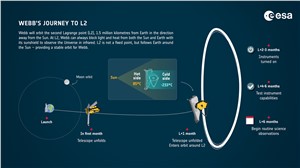 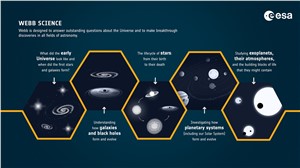 ESA, NASA and Arianespace have jointly defined 18 December 2021 as the target launch date for Ariane 5 flight VA256. This third Ariane 5 launch of 2021 will fly the James Webb Space Telescope to space from Europe's Spaceport in French Guiana.

Important milestones of the launch programme for Webb have already been passed or are approaching, such as the final mission analysis review for its launch, the shipment of the Ariane 5 launch vehicle elements from continental Europe to French Guiana, and the scheduled shipment of Webb to French Guiana by the end of September 2021.

Webb is an international partnership between NASA, ESA, and the Canadian Space Agency (CSA). As part of the international collaboration agreement, ESA is providing the telescope’s launch service using the Ariane 5 launch vehicle. Working with partners, ESA was responsible for the development and qualification of Ariane 5 adaptations for the Webb mission and for the procurement of the launch service. Besides that, ESA is contributing the NIRSpec instrument and a 50% share of the MIRI instrument, as well as personnel to support mission operations.

“ESA is proud that Webb will launch from Europe’s Spaceport on an Ariane 5 rocket specially adapted for this mission. We are on track, the spaceport is busy preparing for the arrival of this extraordinary payload, and the Ariane 5 elements for this launch are coming together. We are fully committed, with all Webb partners, to the success of this once-in-a-generation mission,” said Daniel Neuenschwander, ESA Director of Space Transportation.

“We now know the day that thousands of people have been working towards for many years, and that millions around the world are looking forward to. Webb and its Ariane 5 launch vehicle are ready, thanks to the excellent work across all mission partners. We are looking forward to seeing the final preparations for launch at Europe’s Spaceport,” said Günther Hasinger, ESA Director of Science.

Ariane 5 will deliver the telescope directly into a precision transfer orbit towards its destination, the second Lagrange point (L2). After separation from the Ariane 5, Webb will continue its four-week long journey to L2 alone. L2 is four times farther away than the Moon, 1.5 million km from Earth in the direction away from the Sun.

Webb will observe the Universe at wavelengths longer than visible light, namely in the near-infrared and mid-infrared. To do so, it carries a suite of state-of-the-art cameras, spectrographs and coronagraphs. Webb will cover longer wavelengths of light than the Hubble Space telescope and has a 100 times improved sensitivity, which opens up a new window to the Universe. The longer wavelengths enable Webb to uncover hidden parts of our Solar System, peer inside dust clouds where stars and planetary systems are forming, reveal the composition of exoplanets' atmospheres in more detail, and look farther back in time to see the first galaxies that formed in the early Universe.

With its unique abilities, Webb is a key mission among ESA’s fleet of space science missions that unlock the secrets of the Universe. Its discoveries will complement those of ESA’s current and upcoming exoplanet missions: Cheops, Plato, and Ariel. Webb will also follow up on detections from Euclid, ESA’s upcoming spacecraft to understand the fabric of our cosmos. Furthermore, Webb’s discoveries will help set the stage for ESA’s future X-ray mission Athena and gravitational wave detector LISA.