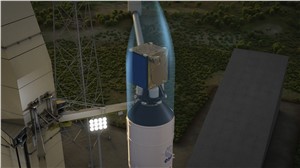 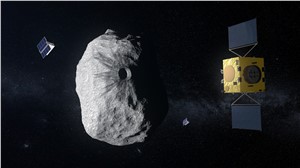 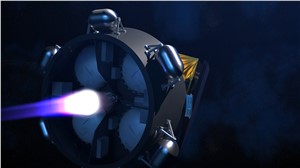 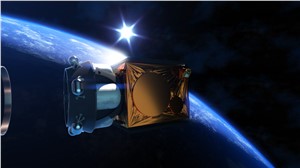 ESA will enhance the versatility of Europe’s Ariane 6 rocket with a kick stage called Astris in a €90 m development contract with prime contractor, ArianeGroup. This is part of ESA’s strategy to extend Ariane 6’s capabilities to serve a wider range of space transportation requirements.

Astris is planned to fly by mid 2024 as an optional add-on to Ariane 6’s upper stage and will interface directly with the payload. This will enable Ariane 6 to offer a range of new space transportation services by allowing complex orbital transfers.

Astris will simplify missions by taking over some of the required built-in propulsion capabilities of payloads to move themselves to their final position in orbit. This will reduce the burden on satellite manufacturers to factor this into their design.

The modular architecture of Astris makes it versatile, giving potential for even more capabilities. Structures will include a flight proven family of propellant tanks. This approach makes it possible to develop mission specific kits that offer a tailored solution to each customer.

Future space missions, especially for telecommunications applications and space exploration, could use Astris to reduce mission cost and risk. ESA’s Hera spacecraft, a planetary defence mission to the Didymos asteroid system, is set to be the first to benefit.

“From the beginning of the Ariane 6 programme, the launcher was designed to be scalable and incorporate innovations throughout its operating cycle. This contract rewards the expertise and innovation capacity of our Bremen site in the field of launcher upper stages, while our teams near Munich are currently developing the new Berta engine. By pooling our skills, this project further strengthens Germany’s role in the new European launcher, Ariane 6,” added Pierre Godart, CEO at ArianeGroup in Germany.

Through Astris, Ariane 6 could enable deep space exploration for ridesharing payloads with destinations such as asteroids, the Moon and Mars. The Astris concept will make objects in the Solar System more accessible to a wider range of payloads.

Alternatively, Ariane 6 could place one payload in a transfer orbit then Astris would separate from the upper stage to take a second payload directly into its final position in geostationary orbit.

The Berta engine, a mid-size storable propellant propulsion system for Astris is in development and qualification at ArianeGroup in Ottobrunn, Germany, carried out within ESA’s Future Launchers Preparatory Programme (FLPP). This type of engine can be reliably reignited several times, making it particularly suitable for extended missions or for transport to different orbits.

Activities for the Astris kick stage are carried out within ESA’s Ariane 6 Competitiveness Improvement Programme. It anticipates future space transportation needs and works with industry to create solutions to ensure Europe remains competitive in the global market.