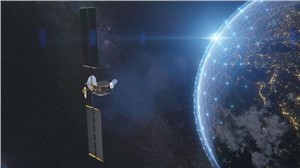 Northrop Grumman Corporation (NYSE: NOC) was awarded a contract by Airbus Defence and Space for the design, development and production of 24 ship sets of solar arrays to support the OneSat satellite product line. The solar arrays will power the OneSat communication satellites in geosynchronous orbit.

The solar array technology features the Northrop Grumman Compact Telescoping Array (CTA) design that utilizes a telescoping boom system to deploy an accordion-folded flexible solar array blanket. The solar arrays are a 20kW-class system that deploys over 18 meters in order to provide energy to OneSat.

“The technology used for our solar arrays allows for an efficient launch and is one of our many company-designed advanced components that enable satellites of all classes to perform their missions,” said Frank Bernas, vice president, space components and strategic businesses, Northrop Grumman.

The use of Northrop Grumman’s solar arrays to support the OneSat product line builds on the company’s history of mission-enabling capability through solar technology. These technologies are used to support various commercial and civil space programs, including the commercial resupply of the International Space Station through the company’s Cygnus spacecraft, several of its commercial satellites and NASA’s Insight and Phoenix Mars Landers.

In addition to the solar arrays, Northrop Grumman will also provide heat pipes that are an essential element for payload thermal management as well as propellant tanks in support of a mono-propellant propulsion system for OneSat.