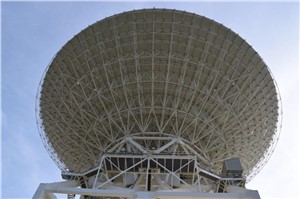 Leonardo, through its subsidiary Vitrociset, has been awarded two tenders to upgrade the Sardinia Radio Telescope (SRT) infrastructure, managed by the Astronomical Observatory of Cagliari of the National Institute of Astrophysics (INAF).

Following a grant awarded to INAF by the Ministry of University and Research (MIUR) for the improvement of the scientific capabilities of the SRT and its infrastructure, Vitrociset will manage the integration of electromechanical systems at the service of the receivers on the SRT and will provide an advanced metrology system for the SRT. This enhancement will make it possible to integrate and validate the new scientific instruments, prepare the infrastructure for technological and scientific developments, rationalise maintenance activities and manage and improve its reliability. The new developments will allow a decrease in telescope “downtime”, thus increasing its scientific production.

About 70 metres high, weighing over 3,000 tons, with a parabola (the primary mirror) which has a diameter of 64 metres, the SRT is a radio telescope designed with innovative features that allow radio astronomy and space applications up to frequencies above 100 GHz, created by INAF in collaboration with the Italian Space Agency. The satellite dish, an instrument with a very high technological value, scans the skies continuously in search of and for the study of celestial bodies, planetary systems with earth-like planets, stellar systems, pulsars and objects or bodies with strong radio emission (active galactic nuclei, radio galaxies, quasars, black holes), but also in search of extraterrestrial life forms.

Vitrociset has achieved these results thanks to the professionalism and experience gained in the many years of management of critical infrastructures and in the development of systems and solutions aimed at ensuring the highest standards of safety and reliability. For this reason, the Company has won Italian and international competitions, guaranteeing a constant return in terms of territory development, with continuous investments in research and development and in the training of highly qualified personnel.

The collaboration between INAF and Vitrociset began in 2015, resulting in the winner of the tender for the functional restoration of the Active Surface System of the SRT primary mirror. The cooperation continues today with further activities in support of the EUSST (European Space Surveillance & Tracking) Program for the monitoring of space debris. Thanks to the systems installed in Sardinia since 2017, which work together with the INAF antenna of the Medicina station near Bologna, Italy is among the first countries in the world for its tracking and monitoring capabilities, especially when objects, potentially dangerous for the population, return within the atmosphere.

Leonardo confirms its capabilities in support of space surveillance to ensure the safety of assets and operations in orbit, thanks to the diversified and highly complementary technologies and skills in the Group, at the service of institutions, operators and all citizens.

Tell a friend:
Leonardo Contributes to the Innovation of the Sardinia Radio Telescope in Sardinia