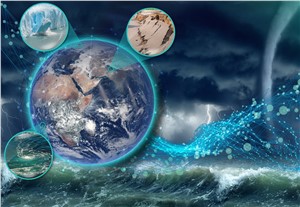 Following the selection of three Earth Explorer candidate missions to enter a first feasibility study in September 2018, ESA has chosen one of the candidates, Harmony, to move to the next phase of development. Harmony is envisaged as a mission with two satellites that orbit in formation with one of the Copernicus Sentinel-1 satellites to address key scientific questions related to ocean, ice and land dynamics.

Earth Explorers are research missions applying new observation techniques to respond to the needs of the scientific community in their quest to understand different aspects of the Earth system and the interactions that bind the system as a whole. Advancing science and technology, they address questions that have direct bearings on societal issues such as the availability of food, water, energy and resources, public health and climate change.

This phase, Phase-A, includes further feasibility assessment after in-depth system definition, including the design of the satellite platform and instruments, flight operations, technology developments and how best to exploit the data.

Josef Aschbacher, Director of ESA’s Earth Observation Programmes, said, “Harmony is an exciting concept and we are thrilled to have it moving to the next step for further design consolidation and feasibility assessment. We expect that a firm decision on full implementation, meaning development through to launch and commissioning, will be taken in autumn 2022 by ESA Member States, upon completion of Phase-A activities.”

The Harmony concept comprises two identical satellites that would fly in convoy with a Copernicus Sentinel-1 satellite. Each Harmony satellite is being designed to carry a receive-only synthetic aperture radar as its main instrument. Working together with Sentinel-1’s radar, Harmony would provide data to measure small shifts in the shape of the land surface such as those related to earthquakes and volcanic activity, thereby contributing to risk monitoring. It would also allow for the study of 3D deformation and flow dynamics of glaciers at the rapidly changing marginal zones of the ice sheets for a better understanding of sea-level rise.

Harmony would also be the first mission to provide data to improve our understanding of interactions between the air and the ocean surface by providing simultaneous measurements of wind, waves, currents, that together with measurements of sea surface thermal differences and cloud motion will enable an unprecedented view of the marine atmospheric boundary layer.

Dr Aschbacher added, “Though the recommendation of ACEO had also included Daedalus as a potential Phase-A candidate, it was not proposed for selection due to strict adherence to the cost constraints established by the PB-EO. Nevertheless, ACEO commended both Daedalus and Hydroterra mission concepts for the exploratory nature of their observations and potentially ground-breaking science objectives.

“ESA plans to explore options to further study the Daedalus concept in a different framework, through potential international cooperation. Meanwhile, some risk-reduction studies will continue on both Daedalus and Hydroterra in order to further mature each concept.”