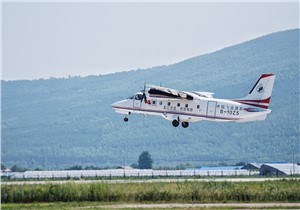 “China Flying Dragon has an excellent reputation throughout China and has been supporting Pratt & Whitney’s engine fleet well prior to the awarding of this DMF designation,” said Fred Lefebvre, Vice President, Sales & Marketing at Pratt & Whitney Canada.  “China Flying Dragon is one of 17 DMFs we have appointed in Asia, the Americas, Europe and the Middle East which expand our ability to serve customers locally in the language of their preference. This new DMF provides customers with a one-stop shop for authorized, high-quality services – from engine-OEM-approved tooling and parts to direct support from the engine manufacturer.”

In addition to the maintenance services it provides to customers, China Flying Dragon has its own fleet of Y12 and King Air 350 aircraft, both of which are powered by PT6A engines. Using these aircraft, China Flying Dragon operates short-haul passenger and cargo charter flights as well as aerial photography, forest protection and other GA services.

“Having local support for our growing turboprop engine population in the region creates new opportunities for Pratt & Whitney and will help support future campaigns,” said Lefebvre. “For customers in China, its means that the local company was approved to Pratt & Whitney standards augmenting its already sterling reputation.”

Pratt & Whitney’s presence in China dates back 90 years. Today, the company has 3,300 engines flying in the country, powering 1,350 aircraft flown by more than 200 operators. Pratt & Whitney-powered aircraft in service in China include the Airbus A320neo (Pratt & Whitney GTF™ Engines and APS3200 APU) and the A320ceo (V2500 engines and APS3200 APU) families, plus the MA60/600 (PW100 engines) used for commercial and regional aviation, respectively; Business and General Aviation aircraft such as the Dassault Falcon 7X/8X/2000 (PW300 engines), the Cessna Caravan and AVIC Y12 aircraft (PT6A engines); and helicopters such as the Airbus H135 and the Bell 429 (PW200 engines), and the Leonardo AW139 (PT6C engines).

To service its fleet, Pratt & Whitney has offices and facilities in five of China’s largest cities, two training centres and 13 Field Representatives.

“AVIC Flying Dragon now becomes yet another element to our growing presence in China, and we are delighted to add their services to ours,” concludes Lefebvre.