ESA has given industry the go-ahead to build Space Rider space and ground segments. 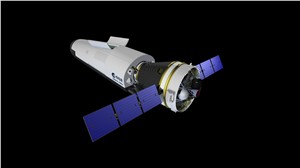 Launched on a Vega-C rocket, this spacecraft will serve as an uncrewed robotic laboratory in low Earth orbit, returning to Earth with its payloads and being reused on future missions.

Space Rider offers routine access to and return from space for a wide range of European space and non-space applications, including in-orbit research and technology demonstrations.

ESA signed two contracts with industry on 9 December at Palazzo Chigi in Rome, Italy in the presence of Italian government representatives. The first contract is for delivery of the Space Rider flight model including the reentry module and the AVUM orbital service module, by co-prime contractors: Thales Alenia Space Italy and Avio. The second contract covers the delivery of the ground segment by Italian co-prime contractors: Telespazio and Altec.

Activities are on track for the first flight of Space Rider in the third quarter of 2023 from Europe’s Spaceport in French Guiana.

Scientific experimentation in microgravity for pharmaceutics and biology are key examples of a Space Rider service.

Further applications include in-orbit demonstration and validation of a variety of technologies for several applications, such as robotics for exploration, instrumentation for Earth observation, surveillance for Earth disaster monitoring, and satellites inspection.

Space Rider will also provide non-space-based companies with a shortcut into the space arena, bypassing the need to become expert space users.

Space Rider is about the size of two minivans. The reentry module hosts the cargo bay, offering a 1200 litre volume for up to 800 kg of customer payloads seated on a high-technology platform that supplies power along with thermal, control, data-handling and telemetry capability. The reentry module is powered in orbit by Vega-C’s upper stage AVUM+ enhanced with a Life Extension kit serving as service module during missions of at least two months.

Sophisticated avionics of Space Rider distributed along the two modules allow complex manoeuvring for experiments in space. An open cargo bay door gives a field of view to Earth or deep space, and fine pointing capability.

At the end of the mission, a final burn of the Space Rider orbital module will send the reentry module with its user payloads towards the reentry trajectory for a smooth ride back to Earth with a soft precision landing on the ground. After payload recovery and minimal refurbishment, the Space Rider reentry module will be ready to take its next set of payloads on its follow-on mission.

Activities for the preparation of these landing sites will start soon. This is to ensure the timely compliance of the activities with the general planning of the programme.

ESA has also started to share with several potential customers the technical details of the accommodation for payloads on the first flight of Space Rider. The payloads selection will be performed quite soon within the first quarter of 2021.
“ESA’s Space Rider programme has now moved from being a vision to a reality. It combines reusability, in-orbit operations and transportation, new services, return to Earth with precision landing capability. These are major developments that will extend European knowhow across a wide range of applications” commented Giorgio Tumino, Chief Technical Advisor for Space Transportation and Head of Vega-C and Space Rider developments at ESA.

“Space Rider will complement Vega and Ariane launch services at Europe’s Spaceport and open the door for capturing new market opportunities” he added.