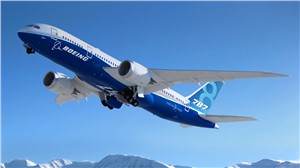 Boeing [NYSE: BA] anticipates demand for 2,945 new airplanes in the Middle East valued at $685 billion over the next two decades, as the industry recovers from the COVID-19 pandemic in the medium and long term. The projection is part of Boeing’s 2020 Commercial Market Outlook (CMO), an annual forecast of 20-year demand for commercial airplanes and services.

The 2020 CMO reflects the impact of the pandemic and Boeing's view of near-, medium- and long-term market dynamics globally and regionally. Commercial aviation and services markets will continue to face significant challenges earlier in the 20-year forecast, while showing resilience and a return to growth trend over the longer term.

Over the next 20 years, passenger traffic growth in the Middle East is projected to increase by an average of 4.3% per year, above the global average of 4% growth per year.

“In recent decades, several airlines in the Middle East have leveraged their geographical position to connect rapidly growing Asian economies and the more mature markets in Europe,” said Darren Hulst, Boeing vice president of Commercial Marketing. “At the historical crossroads connecting Europe, Africa and Asia, the Middle East and its airlines will remain a critical hub of sixth-freedom passenger flows and cargo throughout the 20-year outlook.”

Additional highlights in the 2020 Middle East CMO include the following:

“While aviation has seen periodic demand shocks since the beginning of the jet age, the industry has recovered from these downturns every time as aviation plays an integral role in the global economy,” Hulst added. “The current market disruption will shape airline fleet strategies long into the future as airlines focus on building versatile fleets that provide future network flexibility, maximizing capability while minimizing risk and improving efficiency and sustainability.