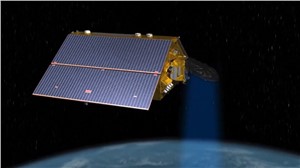 Final preparations are underway in California for the launch of Sentinel-6 Michael Freilich, a joint European and US satellite designed to take precise measurements of sea-level change. The satellite forms part of the European Union’s Copernicus Earth Observation programme and will employ a radar altimeter to map sea-surface topography. The satellite will provide fundamental data for climate science and policymaking, helping to protect the 600 million people who live in vulnerable coastal areas. It will also deliver near-realtime information for marine and weather forecasts.

The mission is a collaboration between ESA, the European Commission, EUMETSAT, NASA and NOAA, with support from the French space agency CNES. Scheduled for launch on 21 November on a SpaceX Falcon 9 rocket from the Vandenberg Air Force Base on the California coast, the satellite is named Michael Freilich after NASA’s former Director of Earth Science.