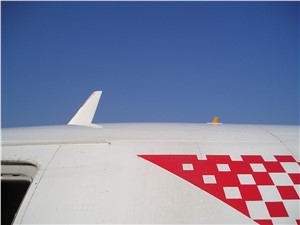 The report "Aircraft Antenna Market by Platform, End Use (OEM, Aftermarket), Installation, Wing Type (VHF/UHF Band, KA/KU/K Band, HF Band, C Band, X Band, L Band, Others) , Application, Frequency, Antenna Type , and Region - Global Forecast to 2025", size is projected to grow from USD 203 million in 2020 to USD 403 million by 2025, at a CAGR of 14.7% from 2020 to 2025. The market is driven by various factors, various factors, such as the growing trend of modernization of aerospace sector and the rising demand for UAVs, globally.

Based on the Platform, the eVTOL segment is expected to grow at the highest CAGR over the forecast period.
The market for eVtol is expected to grow at the highest CAGR during the forecast period. Air taxis or passenger drones are aerial vehicles that carry passengers from one place to another. The increasing urban population has resulted in the development of mass transportation solutions, such as metros and faster rail and bus services. One of the alternatives for mass transportation is passenger drones. Presently, several companies are focusing on the development of air taxis that are expected to be commercialized in the coming years, which subsequently is expected to drive the market for aircraft antenna.