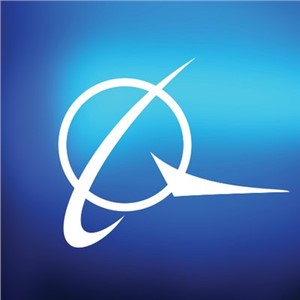 Boeing will provide tactical business and technical support to Southern University to improve its ability to win NASA contracts and subcontracts. The university already supplies alumni engineering skills to Boeing for SLS at NASA’s Michoud Assembly Facility in New Orleans.

The SLS is the world’s most powerful rocket. It will launch NASA’s Artemis missions to the moon, Mars and beyond.

“We are honored to be the first HBCU [historically Black colleges and universities] to enter into a Mentor-Protégé agreement with Boeing,” said Ray L. Belton, president of the Southern University System and chancellor of Southern University and A&M College. “We are also excited about supporting the Artemis program and its goal of landing the first woman and the next man on the moon in 2024. We look forward to a long and mutually beneficial relationship with Boeing and NASA.”

The NASA-sponsored Mentor-Protégé Program pairs large companies with eligible small businesses and minority-serving institutions to enhance the protégés' capabilities and enable them to successfully compete for larger, more complex contracts. During 2019, Boeing subcontracted approximately $5.3 billion to small and diverse businesses.

“Boeing has enjoyed a productive relationship with Southern University that will only be enhanced by this NASA Mentor-Protégé agreement,” said John Shannon, Boeing SLS vice president and program manager. “The Mentor-Protégé program allows Boeing to promote the growth of small suppliers and strengthen the NASA industrial base.”

Boeing is the prime contractor for the design, development, test and production of the SLS core stage, as well as development of the flight avionics suite.

“Southern University and A&M College has long been a leading institution in Louisiana and among fellow HBCUs,” said U.S. Rep. Cedric Richmond. “This collaboration is a great example of NASA and Boeing working hand-in-hand with institutions like Southern University to advance the mission of HBCUs and create sustainable opportunities for those in our district to showcase their engineering skills on the world’s most powerful rocket.”

The Boeing SLS program employs Boeing’s workforce in Huntsville, Alabama, at NASA’s Michoud Assembly Facility in New Orleans, and at other Boeing sites and with suppliers across the United States.

“It is fantastic to see this symbiotic relationship grow with the establishment of a formal mentor-protégé partnership between Southern University and Boeing,” said U.S. Rep. Garret Graves. “This mutually beneficial relationship will build upon Southern and Boeing’s success, provide key opportunities for Southern students, and solidify Louisiana’s role in future lunar and Mars missions.”