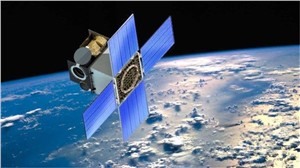 The report Small Satellite Market is projected to grow from USD 2.8 billion in 2020 to USD 7.1 billion by 2025, at a CAGR of 20.5% from 2020 to 2025. The market is driven by various factors, such as the growing demand for LEO-based services , demand for Earth observation imagery and analytics and increasing in number of space exploration missionsare the major drivers of small satellite market.

Based on the Subsystem, the Satellite Bus segment is expected to lead the small satellite market share during the forecast period.
The satellite bus  is estimated to have the largest market share by value. The growth of this segment canattributed due to  increase in number of space exploration missions an demand for LEO-based services is driving the satellite bus  segment during the forecast period. . It keeps all parts of the satellite together and provides power, propulsion, and control. The satellite bus consist of attitude & orbital control system, command & data handling system (C&DH), electrical power system, propulsion, telemetry, tracking and command (TT&C), structure, and thermal system

Earth Observation & Remote Sensing segment is estimated to be the largest and fastest-growing market
The Earth Observation & Remote Sensing is estimated to be the largest and fastest-growing segment in the small satellite market. The growth of this segment can be attributed to compact nature of small satellites led to efficient Earth observation and remote sensing. Small satellites, including nanosatellites, microsatellites, and minisatellites, play an important role in Earth observation and meteorology applications. These satellites are capable of monitoring situations such as the cyclones, storms, floods, fires, volcanic activities, earthquakes, landslides, oil slicks, environmental pollution, and industrial and power plant disasters

Based on the End Use, the commercial  segment is expected to lead the small satellite market share during the forecast period.
The commercial segment is estimated to have the largest market share by value. Growth of this segment can be due to  involvement of Private Players in Global Space Industry. Private companies can invest in small satellites as they are cheaper, faster to build, and can be launched for commercial purposes. The geospatial technology using Earth-imaging small satellites for agriculture, education, intelligence navigation, mapping, and other uses has driven the commercial sector in the past decade.