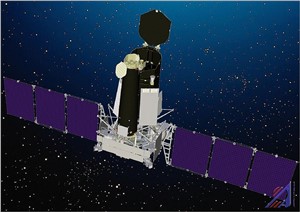 European and Russian specialists recently worked together to catch signals from an astrophysical observatory mission, now mapping X-ray sources in our galaxy and beyond, discovering previously unknown supermassive black holes.

In a joint technology demonstration conducted in April and May, ESA, Roscosmos, and the Space Research Institute of the Russian Academy of Sciences (IKI RAN) in cooperation with NPO Lavochkin used three of the European Space Agency’s deep space ground stations to download vital scientific data from the Spektr-RG spacecraft.

The Spektr-RG astrophysical observatory was developed by Roscosmos with participation from Germany led by the German Aerospace Center (DLR), and is currently operating in a halo orbit around a special point in space called the L2 Lagrange point, some 1.5 million km from Earth. From here, its goal is to map the entire sky in X-rays and identify new X-ray sources, such as supermassive black holes, across the Universe.

ESA stations link up
This spring, the Russian ground stations normally used to communicate with Spektr-RG were in unfavourable geographic positions, and experts from ESA’s Estrack ground station network stepped in, working in close cooperation with colleagues at the Russian Complex for Receiving Scientific Information (RKPNI).

These included imagery generated by the mission’s two X-ray telescopes: the ART-XC instrument developed by IKI RAN and the eROSITA instrument, built and operated by the Max Planck Institute for Extraterrestrial Physics (MPE) in Germany.

It was the first time that the Agency’s ground stations collected scientific data from a Russian spacecraft.

They are centrally operated from the Agency’s ESOC mission control centre in Darmstadt, Germany, and they also support missions flown by NASA, China and Japan, as well as by European national space agencies on a cross-support basis.

You listen to ours, we listen to yours
This successful collaboration demonstrates how ESA and Roscosmos technologies can work together, showcasing the ‘interoperability’ of the two space agencies.

Both experiments lay the foundations for future collaboration between ESA and Roscosmos, including the possibility of a full ‘cross-support agreement’ for the mutual support of Russian and European science and exploration missions using each Agency’s ground stations.

Tell a friend:
ESA Listens in on Black Hole Mission