The Dreamliner will open direct flights between Ulaanbaatar, Berlin, Paris and the West Coast of the U.S. 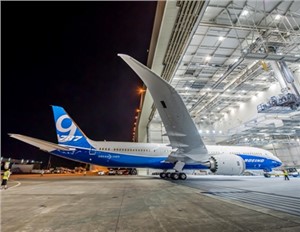 MIAT Mongolian Airlines (Mongolyn Irgenii Agaaryn Teever) will soon welcome the first Boeing 787-9 Dreamliner to its fleet, as the airline looks to connect its home base in Ulaanbaatar with major European and North American cities beginning in 2021.

The 787-9 – the longest-range version of Boeing’s Dreamliner widebody airplane – will join MIAT’s fleet via lease from Air Lease Corporation.

"Our vision is to become a globally recognized Mongolian national flag carrier, and we are making a significant step forward by adding the first 787-9 Dreamliner to our fleet," said Battur Davaakhuu, President and CEO, MIAT Mongolian Airlines. "The Mongolian Dreamliner will fly our passengers direct and in unmatched comfort to their dream destinations. Today is a proud day for MIAT and for all Mongolians."

The Mongolian flag carrier joins other airlines in Asia – including Hainan Airlines, All Nippon Airways and Vietnam Airlines – that operate long-distance routes using the super-efficient, long-range 787-9. The airplane can fly up to 7,635 nautical miles (14,140 km).

Los Angeles-based ALC purchased the airplane and is providing a long-term leasing agreement for its delivery to MIAT.

“ALC is honored to announce this significant lease placement with MIAT Mongolian Airlines and be the first to introduce the airline to the Dreamliner,” said Steven F. Udvar-Házy, Executive Chairman of Air Lease Corporation. “We are proud to support the national carrier as it expands its fleet with the most technologically advanced aircraft to connect Mongolia with the rest of the world.”

Since the 787’s introduction in 2011, Boeing has booked over 1,400 orders from more than 80 customers. The company will now count MIAT as its newest Dreamliner operator.

“It will be wonderful to see the 787 Dreamliner in MIAT Mongolian Airlines’ livery flying in and out of Ulaanbaatar and connecting Mongolia with key destinations across Asia and Europe. The airline has continued to build on its proud aviation history by modernizing its fleet and operations. We are honored MIAT has selected the 787 and its superior fuel efficiency and range to profitably grow their international network,” said Ihssane Mounir, senior vice president of Commercial Sales and Marketing at Boeing. “We are delighted to partner with leading lessor ALC, which has a tremendous portfolio of 787 Dreamliners and other advanced jets, to open a new chapter in MIAT’s history.”

The 787 Dreamliner – the fastest-selling widebody jet in history – allows airlines to reduce fuel use and emissions by 20 to 25 percent and serve far-away destinations. The combination of unrivaled fuel efficiency and long range has helped airlines save more than 36 billion pounds of fuel and opened more than 235 nonstop routes.

MIAT is a leading national carrier dedicated to connecting Mongolia with the rest of the world by providing air transportation services of the highest quality, reliability and efficiency. Based in Ulaanbaatar, the airline currently operates a fleet of four Next-Generation 737s, one 737 MAX and two 767 airplanes.

Boeing is the world’s largest aerospace company and leading provider of commercial airplanes, defense, space and security systems, and global services. As the top U.S. exporter, the company supports commercial and government customers in more than 150 countries. Boeing employs more than 150,000 people worldwide and leverages the talents of a global supplier base. Building on a legacy of aerospace leadership, Boeing continues to lead in technology and innovation, deliver for its customers and invest in its people and future growth.