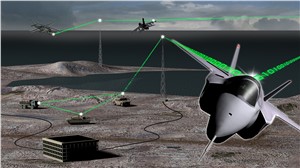 In addition to the traditional data collection capability of an instrumentation system, CRIIS includes the ability to uplink and downlink ground and aircraft data. This enables seamless interaction between live and synthetic participants for highly-realistic test or training missions.